"God wills that our desire should be exercised in prayer, that we may be able to receive what he is prepared to give." St. Augustine. 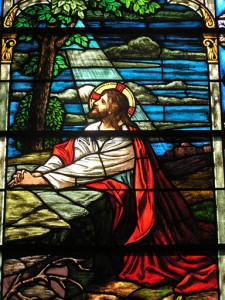 We have a prayer chain made up of Parish members who are our “Resurrection Prayer Angels (sometimes also called the Prayer Warriors)".  If you have a need, intention or an emergency and would like the angels to pray for you, simply send an email message to Patty Mengarelli at pmengs10@aol.com.  She will then contact the prayer "Angels" with your request. The members of Prayer Angels  are strong believers in the power of prayer.

The prayer Angel network is the parish’s spiritual alarm system which communicates and takes prayerful action on behalf of the needs of the congregation and our community. The vocation of the prayer chain is to intercede on behalf of others in need by lifting up to the Lord Jesus Christ specific requests, concerns, and emergency situations.
Many people cannot engage directly in ministry but we can all pray. Prayer is a way for us to reach out of ourselves, to put aside our loneliness or pain for the sake of another.
This is a great ministry conducted by many in our Parish Family. Anyone can join the Prayer Angels by just send Patty a message and she will include you in the notifications.

From the Gospel of St. Luke:  On reaching the place, he said to them, “Pray that you will not fall into temptation.” He withdrew about a stone's throw beyond them, knelt down and prayed, “Father, if you are willing, take this cup from me; yet not my will, but yours be done.”  An angel from heaven appeared to him and strengthened him. And being in anguish, he prayed more earnestly, and his sweat was like drops of blood falling to the ground.

Jesus teaches us how to pray 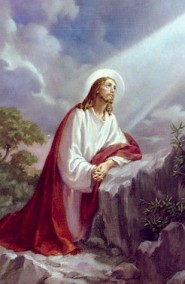 Catechism of the  Catholic Church

2600 The Gospel according to St. Luke emphasizes the action of the Holy Spirit and the meaning of prayer in Christ's ministry. Jesus prays before the decisive moments of his mission: before his Father's witness to him during his baptism and Transfiguration, and before his own fulfillment of the Father's plan of love by his Passion.

2607 When Jesus prays he is already teaching us how to pray. His prayer to his Father is the theological path (the path of faith, hope, and charity) of our prayer to God. But the Gospel also gives us Jesus' explicit teaching on prayer. Like a wise teacher he takes hold of us where we are and leads us progressively toward the Father. Addressing the crowds following him, Jesus builds on what they already know of prayer from the Old Covenant and opens to them the newness of the coming Kingdom. Then he reveals this newness to them in parables. Finally, he will speak openly of the Father and the Holy Spirit to his disciples who will be the teachers of prayer in his Church.

2608 From the Sermon on the Mount onwards, Jesus insists on conversion of heart: reconciliation with one's brother before presenting an offering on the altar, love of enemies, and prayer for persecutors, prayer to the Father in secret, not heaping up empty phrases, prayerful forgiveness from the depths of the heart, purity of heart, and seeking the Kingdom before all else. This filial conversion is entirely directed to the Father.

2609 Once committed to conversion, the heart learns to pray in faith. Faith is a filial adherence to God beyond what we feel and understand. It is possible because the beloved Son gives us access to the Father. He can ask us to "seek" and to "knock," since he himself is the door and the way.

2610 Just as Jesus prays to the Father and gives thanks before receiving his gifts, so he teaches us filial boldness: "Whatever you ask in prayer, believe that you receive it, and you will." Such is the power of prayer and of faith that does not doubt: "all things are possible to him who believes." Jesus is as saddened by the "lack of faith" of his own neighbors and the "little faith" of his own disciples as he is struck with admiration at the great faith of the Roman centurion and the Canaanite woman.

2611 The prayer of faith consists not only in saying "Lord, Lord," but in disposing the heart to do the will of the Father. Jesus calls his disciples to bring into their prayer this concern for cooperating with the divine plan.